About Lisa Lazo: Passions for Music, Healing and Wellness 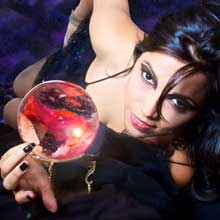 Dallas-based singer, songwriter, composer and producer Lisa Lazo performs and records her passion with the most talented musicians, DJs, and composers in the musical genres of dance, electronic, alternative, indie rock, jazz, soundtrack and film score in the North Texas area. Lisa’s latest single Silk of Love is the first digital release from Son and Moon, her upcoming first solo EP. Expect moody electronics and driving, twangy guitars with a hint of Middle Eastern tones ecstatically dancing round in her up-tempo electronic alt-pop songs.

Lisa Lazo’s music reflects personal trials, milestone achievements and enlightened breakthroughs within her experience of the human condition. She is the owner of Massage Integration LLC, and as such, her mystical journey within the realms of metaphysics coupled with life experiences as a massage therapist, Reiki Master, and energy healer have influenced her most recent music quite powerfully.

Lisa states, “I had no idea how much my career in massage therapy and energy healing  would heal, influence and transform me as a singer and songwriter. I am so blessed to have a passion for music and wellness, both of which are playing such huge defining roles in my life.”

Lisa’s vocals can be bold and soaring, yet silky smooth as well. She is known to carefully craft intricate harmonies to accompany her unique vocal melodies. Some of Lisa’s vocal and composition influences include Bjork, Portishead, Shirley Manson of Garbage, Lisa Gerrard, and Madonna.

Lisa Lazo is a graduate from the University Of North Texas College Of Music. Back in her years living in Denton, Texas and playing gigs in the early developing years of Deep Ellum, one of the first bands she performed and recorded with was the alternative and experimental group The Falcon Project on the Idol Records label, featuring core members Wanz Dover and Sean Kirkpatrick. Lisa also experienced the techno dance genre in the group Foreign Trade, and created house dance grooves collaborating with DJ’s such as Miami’s Granite + Phunk.

Lisa most recently collaborated with Mike Dawson of Dawson’s New Rage and Texas World Music. Their CD Dawson and Lazo will be released early May of 2012. The two singer/songwriters met at a Grammy party back in 2006 at the Dallas area concert and event venue The Granada Theater and have created a cool mix of sounds melded from jazz influenced rock, reggae, and ambient world beat. Most of the music was recorded in Los Angeles at the popular band 311’s studio The Hive. Final recordings and mixing was performed at the brand new, world-class Blade Studios in Shreveport, LA with Grammy Nominated Recording Engineer Chris Bell.